I play a Scrabble-like word game online. One person I play with kills me, I mean decimates me, I mean against him I have a batting average of .166, and probably I won the games I won only because he was not paying attention. Overall my success with this game (like my life, one could argue) is all over the map. The beauty (or curse) of online play is that it keeps track of wins and losses, from which my simple calculations reveal my current averages of .853, .714, .636 (i.e. usually I win these games, but not always), .262 and .315 (besides the .166, usually I lose these, but not always) and .533 and .555 (neck in neck).

A recent game looked like this. I lost. (Bravo, Nancy!)

The statistics do not reflect whether you lose by 33 points or by 3 or by 147. If you lose, you lose. That’s the way games work. That’s life. (Deal with it.)

I am not a super competitive person and do not stress about the score or the win-loss stats. In fact I seldom look at them. Today was the first time (for the sake of this post) that I calculated my batting average. I do not take great joy in beating someone. Nor do I lose sleep over how poorly I stand up next to opponents who make short work of me. I just play. It’s a game.

But in the years I’ve been playing it, I’ve learned a few tricks such as not flippantly using valuable letters like S, J, Q, Z and H, not setting up your opponent for an easy triple, and playing parallel rather than perpendicular words whenever possible. I’ve learned that OK is not an acceptable word but OKAY is. I’ve learned (and try to remember) words like KA, XU, EME and QAT. Unlike the board game on your coffee table, the online version allows you to keep trying combinations until you get one that works. Sometimes you simply don’t have the right letters. Sometimes you say “I didn’t know HOER was a word!”

Against one person I am batting 1.000. 14 wins, 0 losses. Good for me, bad for him, right? Poor fellow. A wonder he still wants to play, wouldn’t you say? It all started when, not long ago, I told him about the game and he said he wanted to play. You’re the writer but I know how to play, he said. Being a writer has nothing to do with it, I tried to tell him. The three people who clobber me the worst in Scrabble or Wordfeud (you know who you are!) are not writers. Instead, they recognize and remember patterns (including spellings) and they play strategically, blocking my moves and setting up their own. Sometimes you get lucky and all the letters you need for a great word are just there. Yay! Sometimes you have them but you have no place to put them! Sometimes you have awful letters, and you have to make the best of it.

Back to: “in the years I’ve been playing.” Some people play solitaire in their idle moments, some check the weather, some text their friends. I play Wordfeud. With time and practice, my game has improved. I tried to tell this to my batting-1.000 opponent. I tried to say You are new at this. I have been playing for years. Give it time. And I tried to give him hints, such as never getting one point for an S. Be careful with S’s. They are very valuable.

The first time he said “I give up” during a game, I said “You don’t have to play.” No one was holding a gun to his head about it. He kept playing so I assumed he was willing to try to learn the tricks and the strategy and the obscure words. There is no other way to learn, right? Experts don’t fall from the sky, as they say in German. In my early days of playing tennis, I played as much as possible with people who were better than I was (if I could get them to want to play with me) because you get better by playing with someone who is better than you are. You write better by reading the prose or poetry of someone who writes better than you do (and paying attention and trying to learn from their mastery). You cook better by following the guidance of someone who cooks better than you do. You build a better bench by working with someone who has made a bench before.

You don’t necessarily win the Wordfeud game (or make it to the USOpen, or write a Pulitzer Prize winner, or land your own cooking show, or remember how to use the biscuit joiner next time), but you get better, and in the big picture, this is what you want.

Near the end of our most recent game, he said “I give up” (again) in the game’s chat function.

“I don’t know all the secret words like Qi and have no chance because of that.”

I don’t know how anyone could think that after only 14 games, they should know what they need to know and have learned what they need to learn. I should perhaps have had more compassion, or at least more empathy in regard to his bruised ego, but I felt disappointed. I am a slow learner myself and have played hundreds of games to get to my own particular skill level, and I have absolutely no doubt that Mark, Lincoln and Samuel would still kill me if we played a game tonight. But they wouldn’t kill me as bad as they have in the past!

What I know for sure is that you don’t improve if you give up. You don’t succeed if you give up. Just ask Michael Jordan.  “Twenty-six times,” he will tell you, twenty-six times he was “trusted to take the game-winning shot and missed.” He failed sometimes, he failed miserably sometimes, but he kept on playing. Ask J.K. Rowling or Warren Buffet* or any of the highly successful people in the world who got to their pinnacle only after many failures, devastating failures, failures that would cause other people to give up.

Granted, there are times when giving up is the right or expedient or sensible thing to do. I’m not saying you should do your own wiring if you are not comfortable with the fuse box. Or that you should enter a marathon if you can’t run a 5K. But if you set out to learn something new or do something new or improve something you do only marginally well, there will be failures, stumbling blocks, challenges, points of frustration – whatever you want to call them. They are par for the course, a term borrowed from golf meaning the normal or expected. It is normal to fail sometimes. Unless you fail sometimes, you won’t improve. Failure is a good teacher if you don’t let it debilitate you.

You want to learn a game? Play the game. My friend Fred played golf yesterday when it was 38F – rather nippy! – but he is determined to improve his skills, to learn to play better than he does now. When I told him I played tennis in the cold many times, he asked, “Did people call you crazy too?” Maybe, but I didn’t care.

You want to learn how to cook? Cook something. My friend Millicent made a quiche the other day with ham, bacon, cheese, spinach and onion. She was super excited not only that it turned out super well but also because “I feel like I accomplished something today.” 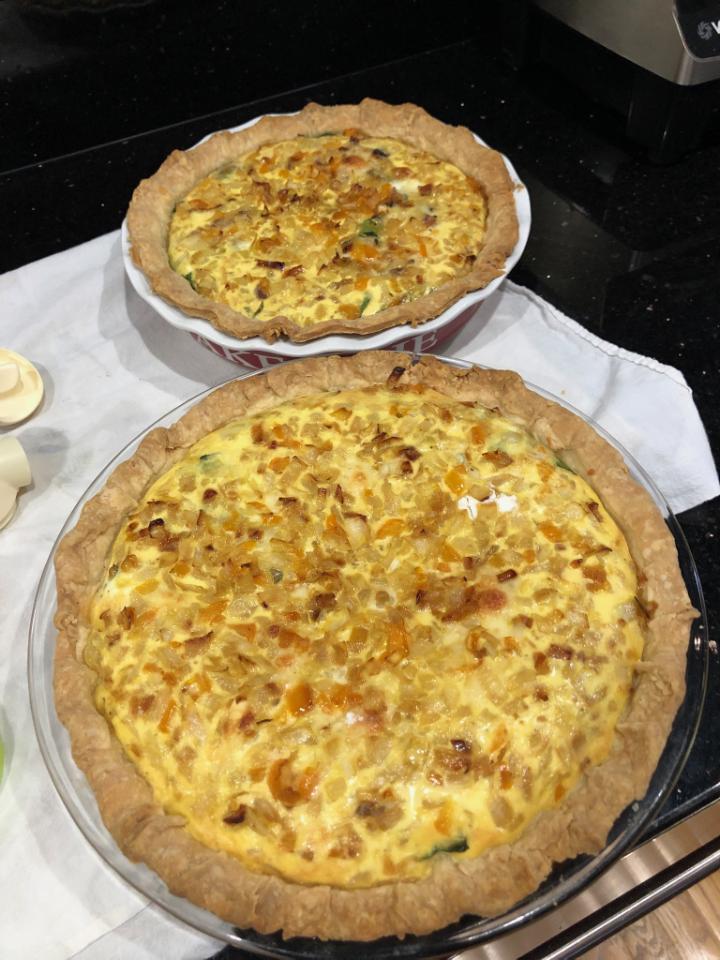 Golf, cook, play, tinker, build, write, DO whatever you enjoy and want to get better at. Just keep doing it.

*Many thanks to Jeff Stibel for his wonderful Profiles in Failure articles.

3 thoughts on “The Value of Failure”