I know there are people in the world who would feel, as I do, a twinge of sadness the day after a storm splits the gigantic chrysanthemum. 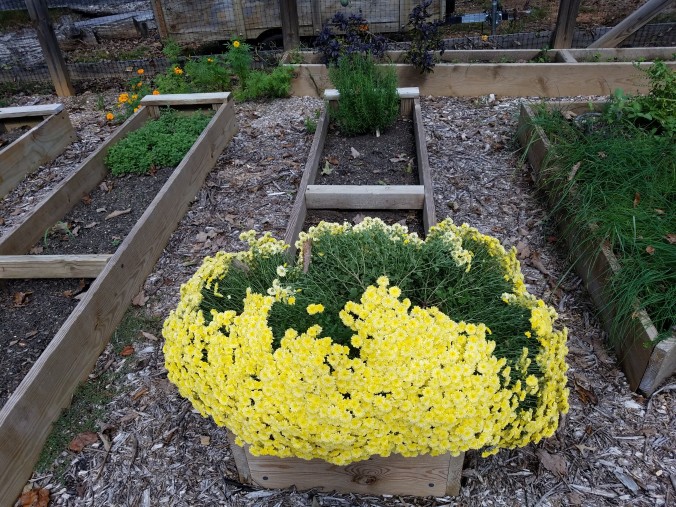 Or who wish they could wander out to the garden to pick fresh oregano and purple basil for the homemade pizza about to go into the oven (see the basil in the box behind the rosemary?). Or who would like to make applesauce together from freshly picked heirloom Virginia apples. I suspect there are people who have some time – a few weeks or a few months – to explore a corner of the world that is surely different in some ways than their own and who wonder about my corner of Virginia.

There are my various gardens with herbs, vegetables and perennials. I’ve moved the azaleas in between the crape myrtles in front of the fenced garden. Turns out, the neglected bush that just got dug up in the front corner of my house was actually two bushes. This photo shows them moved, with their fresh dirt around them, but not yet trimmed, staked or mulched. I did that later in the day, after taking the photo. I had to take the photo when I did, and you see why. I did not ask little Coco to park herself there to enjoy the sunshine… 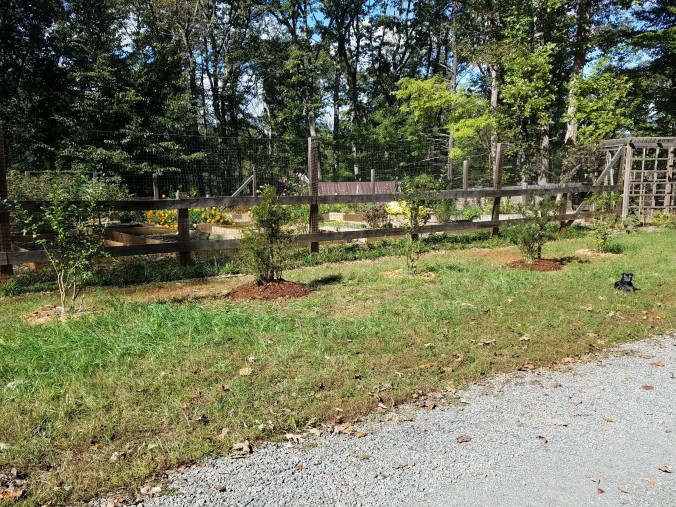 We have got to do something about the blackberries that are going crazy inside the garden, and the tomatoes could be pulled and winter crops planted. The asparagus bed is none too tidy, begs for attention. One of the rudbeckia got smashed somehow and needs a little love. The front yard is a mess from the recent Big Dig, but soon we’ll be pouring footings and building a nice front porch.

My two custom-built chicken coops provide palatial accommodations for 29 interesting (some bordering on ridiculous) chickens. They need new mulch or straw when they’ve scratched through what we put down before, but they give lots of amazing eggs to make good food with! My lone araucana isn’t laying her greenish eggs any more though – could there be a reason? This black copper maran had a face-off with Coco yesterday. Both have curiosity, but the chicken less so. She just wants to get back to scratching in the straw. A white silkie came toward us to investigate. 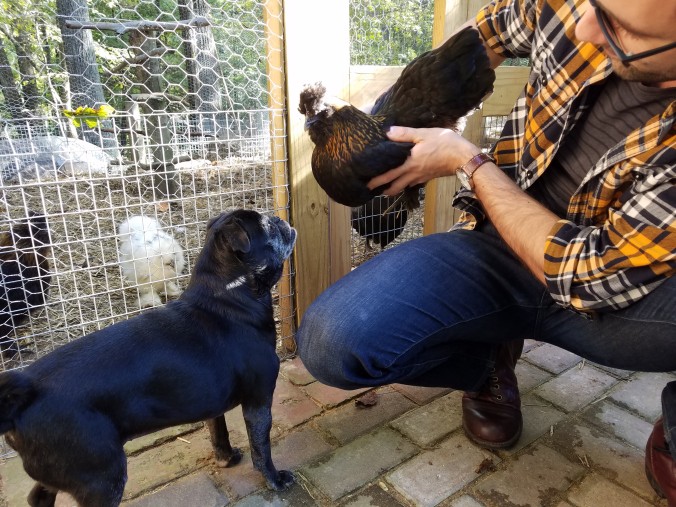 When the sun rises on a day with too much cloud cover, and it can’t quite get its rays to stream through the giant trees in my back woods, there’s always an otherworldly feeling and sometimes a glorious mist that sparkles on the leaves or in the air. 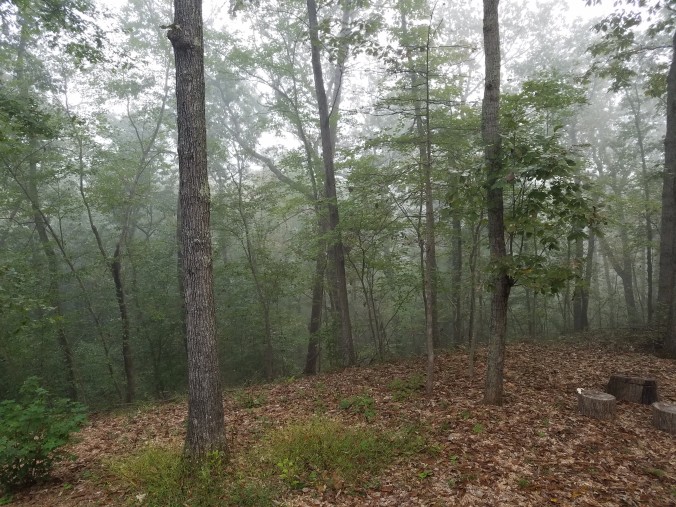 When the wind kicks up such that those trees can’t help but engage in a wild dance, it’s a sight. The not-so-manicured trails through the woods are a pleasant walk leading to the beaver pond with its lodge and dam. The beavers keep making their pond a little bigger. I don’t get down there often enough.

When a fox trots in a wide circle around the coops, wishing (you know it!) that there was a way to get to those fat and surely delicious chickens, it doesn’t know how its red fur shines in the sun. When guests stay at my gorgeous Airbnb cottage, they just might see a mother bear and two cubs walk through the yard. A few weeks ago, someone did.

Recently I was in Seattle and met several enthusiastic, capable au pairs. I got to thinking that some people who would like to come to Virginia for a little while (but don’t necessarily have a friend here already) might prefer a household without small children, and might prefer a country setting. They might enjoy getting to know the plants that grow in this climate, or the way we lay decking boards, or the vibe of downtown Charlottesville, fifteen minutes away. It’s a vibrant university town with great restaurants and shops, exhibits and lectures, sports and music events. The Presidential homes of Jefferson, Madison and Monroe are all within half an hour’s drive.

Over the years I’ve had short- and long-term visitors many times and would love to share my little piece of the world with some new friends. If you are thinking it’s a good time to do such a thing and have a little interest, you can let me know.